This is the first in a series from Susan Dupont RN BSN who is an Emergency Room Nurse and contributor at NRSNG.com . . . Click to View All Articles in the “Real Life in the ER Series”

Every patient is a mystery that needs to be solved. Some are easy, some are complex, some aren’t solvable, but the thrill of a good challenge is what keeps me coming back for more. The emergency room is full of unsolved mystery’s. Every once in a while a mystery worth writing about comes along.

The chief complaint was “not feeling well”.  He arrived via EMS and I immediately recognized his name, he was a frequent flyer.

I have seen this 58 year old guy plenty of times to take one look at him and know he was not faking this. He was pale, sunken in eyes, and was generally weak. He kept telling me that he had to poop and that he just didn’t feel well.

I reached over to assist him onto the bed from the stretcher and got a chill, this guy was ice cold. He was alert and oriented time four, breathing even and non-labored although fast, and he was able to move all extremities. That is about it when it came to what was normal for this patient.

The patient came in with a patent IV, so I immediately administered a bolus of Normal Saline IV.  Although there wasn’t a suspected infection, this patient was definitely septic.

The patient kept informing he had to poop, I couldn’t just pause to let this patient walk to the bathroom so I offered a bed pan. He of course refused the bed pan saying, “I have too much poop in me, I have to go in the toilet, trust me, I REALLY have to go!” The patient then crawled over the bed rail and shouted, “WHERE IS THE BATHROOM!”

The patient was pulling the cardiac leads off his chest and ripping the blood pressure cuff off. I pleaded with the him to please get back in bed andI would get him a wheel chair but the conversation ended pretty quickly when the patient profoundly informed me, “I am pooping my pants!” While the loose feces ran down his pajama pants and onto the floor, he white knuckled the side rail and started to moan. The patient was between me and the cabinet that held the chux pads so I pulled the sheet off the stretcher to make a blockade to contain the mess. Thankfully, that distinct C-Diff smell (you know what I am talking about) was absent at the scene of the crime. I seriously rejoiced and happily cleaned up pooh-geddon.

After we started a second IV line, we sent his labs, including blood cultures and a lactic acid. The blood work confirmed sepsis. We implemented the sepsis bundle.

Having a lactate of 5.6, the goal was to give him 30 mL of normal saline per kilogram. The patient weighed 90kg making his target bolus 2,700mL.

He had already received a 1,000mL bolus so I administered the rest of the 1,700mL through the ranger to help warm the patient up. After receiving his fluid challenge, the patients BP had not improved so the doctor ordered vasopressin.

In his second IV I administered Vancomycin in hopes that would help target the source of his 14,000 count WBC. We monitored his BP every 5 minutes and after a few minutes on vasopressin, this patients’ vital signs were starting to move towards normal limits. His re-draw lactate was 4 and his systolic BP had finally reached over 100 mmHg.

At this point the patient had been assigned a bed in the ICU. I wheeled his bed to his new room and as we said our good-byes he stated, “You really helped me out when I was in a sh*tty spot, thank you.” I laughed and told the patient, “Sh*t happens, glad I could help.”

Sepsis is a Greek word that means decay. The toxins left behind in the blood and tissues plusthe bodybeing exhausted from trying to fight infection and failing that fight causes a disadvantage that despairing. Early detection and the starting of fluids and broad spectrum antibiotics is the most important thing you can do to turn a septic patient around.

Even if the patient is in renal failure, you give fluids.

How Sara Used NURSING.com to Study for & Pass the NCLEX

Walk Out of the NCLEX® Exam Feeling Like You Just Took a 1st Grade Spelling Test | NURSING.com 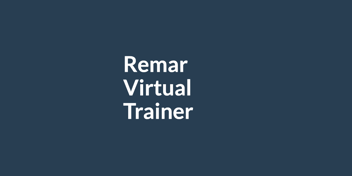 The Ultimate Guide to Select All That Apply Questions (how to answer NCLEX questions) | NURSING.com